A native of Italy, soprano Sarah Baratta (Cosenza) earned a Diploma in Voice Performance (2010) from Conservatory “E. Duni” in Matera, Italy. Since 2006, Ms. Baratta studies opera repertoire and vocal technique in Rome, under the tutelage of soprano Gabriella Tucci. She also attended three sessions of OperaStudio
held at Accademia Nazionale di S. Cecilia in Rome, studying with Renata Scotto, Anna Vandi, and Cesare Scarton (2013/2014) and Academy of High Perfectioning in Verdi’s Repertoire at the Teatro Regio in Parma (2017).

After having completed her private studies of piano and classic guitar, she begins her artistic activity as a singer in the “Città di Cosenza” Children’s Choir, participating in Teatro “A. Rendano” opera season (1997-2001).

From 2000 on, she carries out an intense period of concert and opera performances and she wins many National and International Prize in some Vocal Competition.

Among her debuts it is worth mentioning:

She earned a degree in Biology from the University of Calabria (2013). 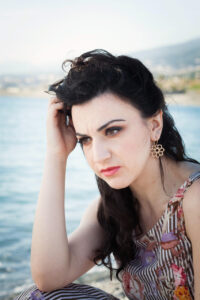 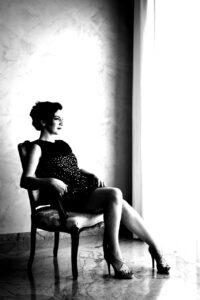